On Saturday, November 21, Brattleboro’s American Legion Post 5 will honor local soldiers killed in action during the Vietnam War.A ceremony, at the post home on Linden Street, will include students from Brattleboro Union High School reading the names and a brief biography of each of the 11 men, followed by a brief address by Dr. Robert Tortolani, a combat battalion surgeon during the Vietnam War. 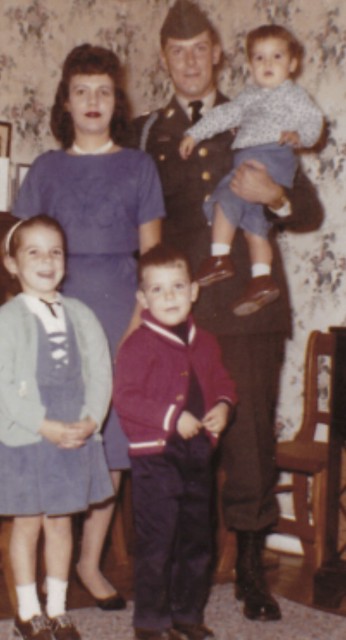 Stanley Baker was born in Brattleboro, son of Robert and Margaret Baker. He was raised in the “Algiers” village in Guilford. He was educated in the one room school house in Algiers and attended Brattleboro High School.

Stan’s love of people was always evident no matter where he went. His love of family was always a priority. His respect for others, learned at an early age from a loving mother, who led by example. His faith in God carried him through tough times and allowed him to go wherever he was led, so he lived life to the fullest, and, as he said, “Until my number is up.”

As a young person he became a skilled wood- worker and would later in life make in-laid wooden trays and small tables.

He loved animals and as teenager he earned the money to purchase a horse, his beloved pinto named “Lady.” Upon purchase, he rode that horse from Bernardston, MA, to Algiers.

His love of music began in his home, where he learned to play guitar. There was no television so many hours were spent playing guitar with his brother, accompa- nied by his mother at the piano. Joined by his sister, all sang.

Stan joined the Army in 1956, during his senior year in high school and completed his high school in the service.

When the Vietnam War broke out, Stan was se- lected for Officer Candidate’s School at Fort Benning Georgia when in 1966 he was com- missioned a Second Lieutenant and a member of the Special Forces “Green Beret.”

Stan went to Vietnam after Fort Benning and served as a special Forces Team Leader. He died in combat on May 20, 1967 in Kien Tuong Province.

In addition to his brother Dennis and sister Bethany, both of Guilford, Stanley is survived by his three children: Sherry Sacchetti, Bradley Baker and Bryon Baker.