Below visitors will find photos shared by the family, a brief biography and a student tribute by Breanna Sheehan remembering the life and service of Paul Richard Dartt. 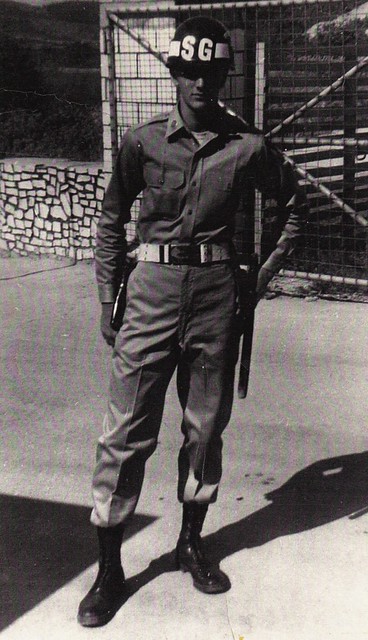 Paul was born in Brattleboro, the son of Donald and Doralys Dartt on March 20, 1946. He grew up with his brother Roger and his four sisters: Donna Cole, Ruth Blunt, Kathleen Macie and Janet Curran. Paul attended St. Michael School.

His sister, Ruth has fond memories to share. “From a very early age Paul was incredibly active. He was always a risk taker and quite the prankster. If there was a tree to climb, or a race to run, Paul was up for it!”

She recalls that even though Paul was a year and a half younger, they used to pass themselves off as twins. She called him “Pee Wee” when he was a kid, which is ironic because he grew to be 6’4″ and weighed 144 lbs. Paul was big on dares. One time, he dared his sister to eat pebbles saying they were supposed to be good for you. She declined, but watched in awe as he downed a handful of little stones. Another time walking from his home to Memorial Park to go swimming on a particularly hot day Paul came up with a great idea to get a ride. He suggested that his little sister Janet, lie down by the road and pretend that she had fainted due to the horrible heat, and that he would flag down the next car coming.

Well the next car that came by did stop, and it was Frank Dearborn (Brattleboro’s Recreation Director.) Paul started telling him his not too convincing story about his poor sister. Frank saw right through Paul’s scheme but gave them a ride anyways, along with the advise of not ever doing that again or he would tell our parents.

In his middle teen years he was a little bit of a rebel, cigarette behind his ear, he was carefree and doing what made him happy. All of that was fun, but not a very productive path to continue on. His older brother Roger was in the service at the time and suggested to Paul that it might not be a bad idea for him to follow suit. There were possibilities for new adventures and experiences that would be available to him. So Paul, at age 17, enlisted in the Army and served a tour in Vietnam and returned to Brattleboro on leave after successfully completing his 13 months in-country.

In 1963, Paul returned to Vietnam for a second tour. He fought bravely in the “Tet Offensive” in I Corps and lost his life on October 24, 1963 in Quang Tri Province. In addition to the usual medals, Paul was awarded the Bronze Star for bravery. It is with great pride that we, his family, realize what he did for our country, and equally proud of the medals he earned. A younger cousin Steve, who was very fond of Paul, honored him years later by naming his first-born son after Paul. Because our brother was not married nor had any children, that also was quite an honor.