It was one 120 years ago this week that a fancy dinner party at the Brooks House was attended by 125 of the most prominent citizens in Brattleboro, and a local paper reported to each attendee wore extremely rich and handsome toilets.

BHS trustee, Joe Rivers, and his history students at the Brattleboro Area Middle School answer this riddle with a story of history and etymology, on this week’s edition of This Week in Brattleboro History.

Glenn Andres has taught, primarily in the areas of architectural and urban history, at Middlebury since 1970. His research spans from the Italian Renaissance through 19th century America to postmodernism. He holds a bachelor’s degree in architecture from Cornell University and a PhD in architectural history from Princeton University. His doctoral dissertation on the Villa Medici in Rome was pursued while a fellow of the American Academy in Rome.

Below visitors will find photos shared by the family, a brief biography and a student tribute by Aidan Paradis remembering the life and service of John Charles Blake.

John Blake was born on in Brattleboro son of Stetson and Irene Blake and was raised with his brothers Stetson (Bob) and Andrew (Andy) and his sisters Patricia (Partlow) Manch and Mary Lou (Jarvis) Potvin.

John attended St. Michael Grammar and High School and graduated in the class of 1963. He was a class leader and basketball star.

John enlisted in the Navy and became a corpsman. He was deployed to Vietnam in the fall of 1969 and served with the 2nd Batalion of the Fifth Marines in Quang Nam Province, southwest of Da Nang.

John’s Aunt Ronnie served with the State Department. She was stationed in Saigon during the war. John was able to fly to Saigon and spend Christmas 1969 with his aunt.

John participated in many small unit actions against the enemy. John died on March 21, 1970 from a wound sustained from incoming rounds which wounded 26 other marines, and critically wounded John. John was medevac form An Hou to Da Nang. At the time of his passing John was comforted by the presence of his brother, Andy, also a Marine, who was also stationed in I Corps, and LCDR William J. Hultberg, a Catholic priest and very close friend of John’s. On April 13, 1970, Fr. Bill wrote John’s mother about John’s desire to pursue a career in medicine after the war and about Fr. Bill’s friendship with and admiration for John. He wrote “in closing…knowing both of your sons certainly tells me a lot about you. You must be a magnificent person. Please take pride in your son as he too was magnificent.”

Below visitors will find photos shared by the family, a brief biography and a student tribute by Elizabeth Day remembering the life and service of Jan Alan Ulmer. 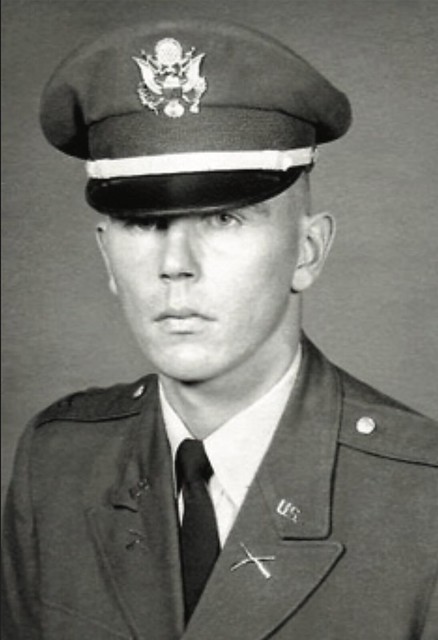 Jan Ulmer was born in Brattleboro, son of Gordon and Margaret Ulmer. He was raised at 18 Forest Street (now 7 Thorn Lane) with his three siblings: Shirley Olivio, Gordon Ulmer, Jr., and Judy Valente.

Jan graduated from Brattleboro High School in 1961, where he “lettered” in football, tennis and skiing. Jan was a very skilled ski jumper and he represented the Brattleboro Outing Club in many ski jumping competitions.

He attended the University of Colorado and studied radio at Cambridge School in Boston before he joined the Army in 1965.

Jan enlisted in the Army in 1965 and was commissioned a Second Lieutenant in the Special Forces in 1966.While on leave before traveling to Vietnam, Jan married Suzanne Marois at Guardian Angel Church in Berlin, New Hampshire on July 8, 1967.

In Vietnam, Jan served as a forward observer. He died in combat during the “Tet Offensive” on April 18, 1968 in Tey Ninh Province. In addition to the usual medals, Jan was awarded the Silver Star and the Bronze Star.

On August 8, 1968 his widow was awarded his medals at a ceremony at the State Armory in New Hampshire.